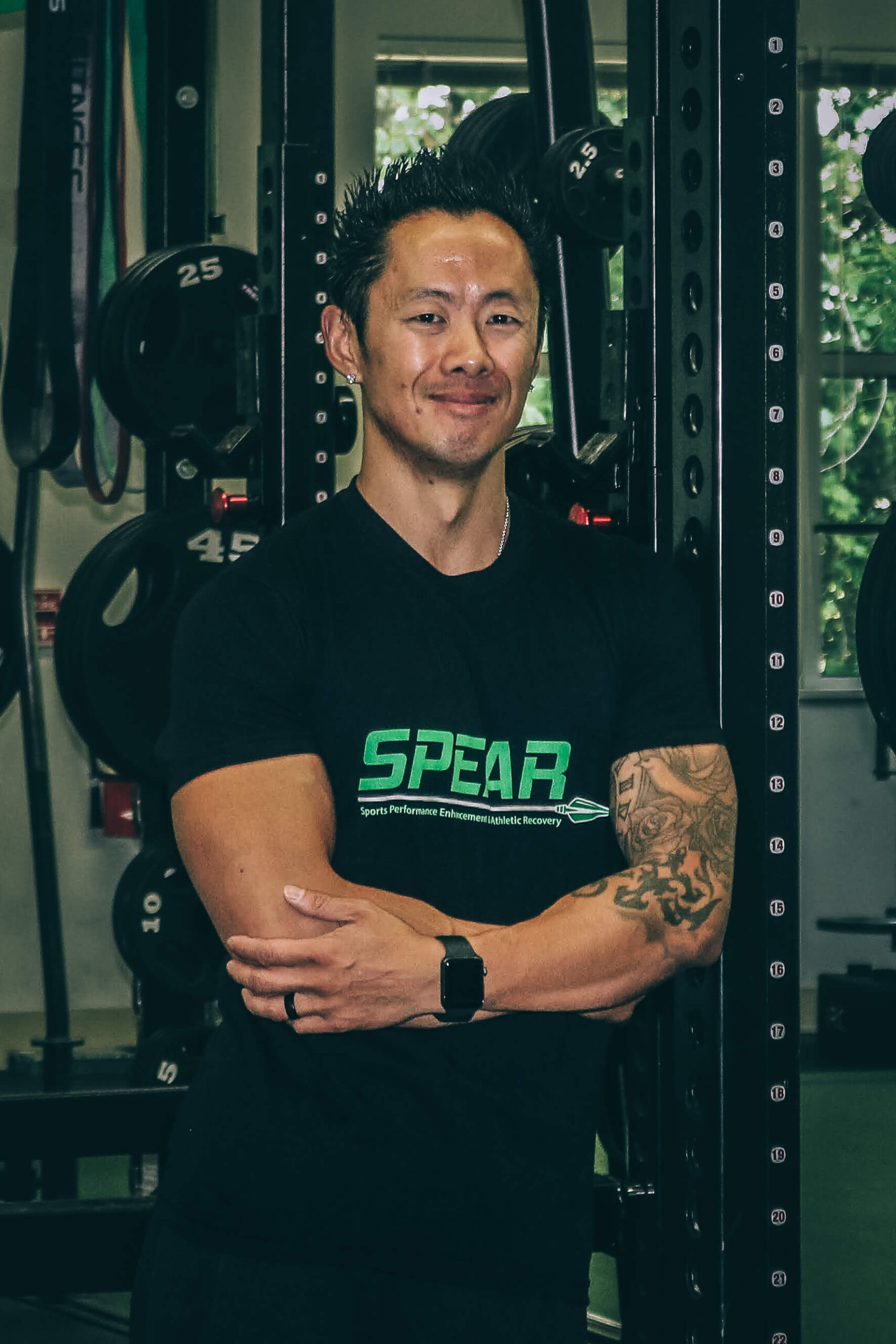 BS in Kinesiology
Minor in Nutrition

Kao Saechao is an established veteran personal trainer and strength coach. As a teenager, he was involved in high-school sports, participating in basketball, football, and track & field. Kao’s passion for athletics and fitness carried over into his educational interests which led to his pursuit of a Bachelor of Science in Kinesiology and a minor in Nutrition from Western Illinois University graduating in 2005.

After graduating, Kao moved to the Chicagoland area and accepted a Level 3 Personal Coach position at the Buffalo Grove Fitness Center. During his tenure here he helped design structural integrity, injury prevention, and post-rehabilitation programs for the general population, special needs, and sports specific clients.

In 2009, Kao was promoted to the Sports Performance Supervisor where his responsibilities included designing the official park district protocol for strength and conditioning programs to improve athlete stride length, form, mechanics, and efficiency in running. He also implemented agility and plyometric exercises assisting a variety of athletes to improve and develop coordination, reaction time, balance, first-step quickness, and overall power output.

In 2012, Kao was recruited by Life Time Fitness in Vernon Hills for his high level of training skills. There he was introduced to additional educational theories and received higher-level certifications, which further broadened his clientele reach.

Kao has 15 years of experience and has accumulated five nationally accredited certifications while also achieving advanced designations within these certifying bodies. He enjoys working with individuals of all ages and all abilities. Kao has adopted the philosophy of the Poliquin International Certification Program, which is to prepare all individuals for the rigors of everyday life and athletes for their specific sport while minimizing strength imbalances by selecting the appropriate exercises for their specific needs.